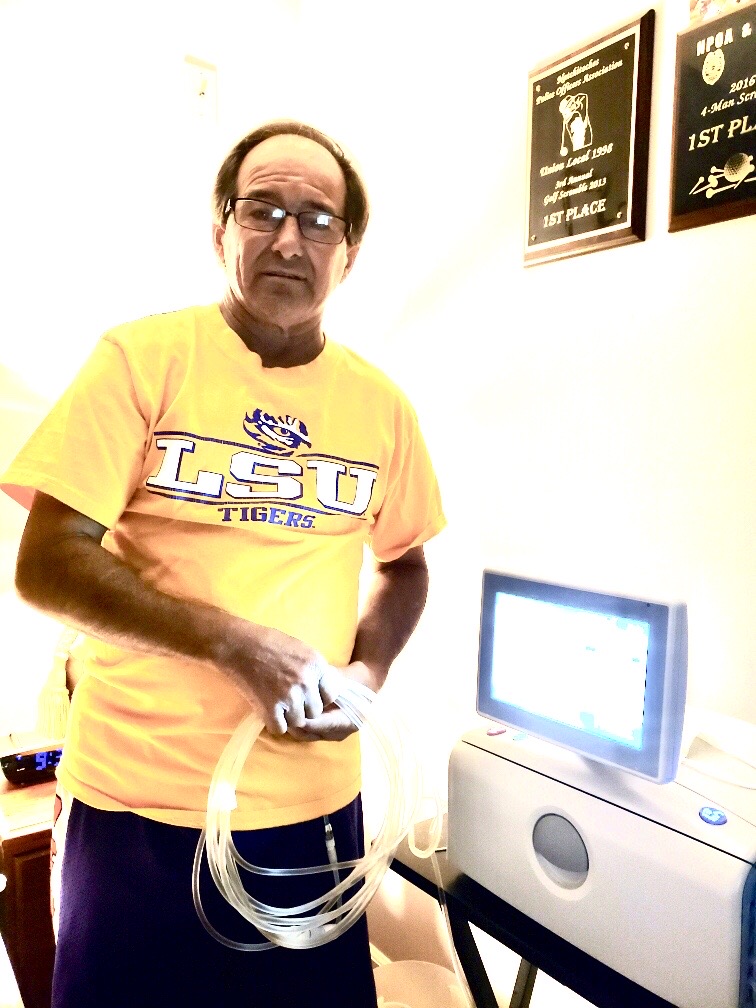 Connected to a Dialysis Machine 10 hours a day 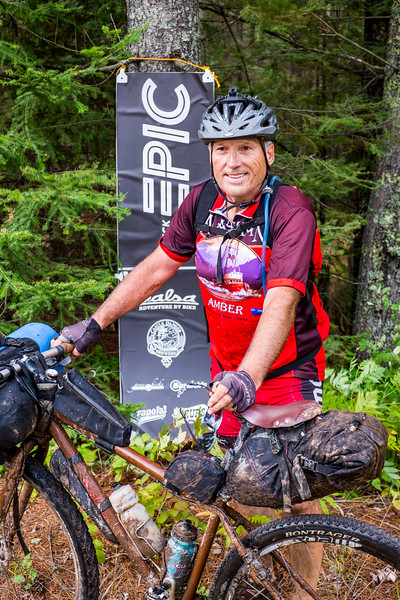 The Organ Trail is all about generating awareness of the need for kidney donors, especially living kidney donors; but it’s also about showing people that even with one kidney, you can still lead a life full of activities, even if those activities are sustained and vigorous.

Here’s how it all began

We like to joke that:  “A guy goes into a bar and comes out with only one kidney.”

Well, no — that’s not the beginning of a joke, but it begins to explain how The Organ Trail began.

Early in 2020, Mark Scotch — retired from a career of selling diagnostic equipment in the paper mill industry –- met Hugh Smith, a 56-year-old former professional horse jockey –- at Cane River Brewing in Hugh’s hometown of Natchitoches, Louisiana. Although neither had ever seen the other before, both men can be described as “guys who never met a stranger.” They soon began to talk and here’s what Mark learned about Hugh.

During his days as a jockey, Hugh suffered frequent bangs and bruises. To combat the aches and pains he took ibuprofen. And more ibuprofen. And lots more ibuprofen. That was decades ago when consumers were not effectively warned about the dangers of taking too much of that drug. Consequently, Hugh’s kidneys were damaged and over the years became progressively worse. Renal failure hit hard in 2019 and for ten hours every night, Hugh was on peritoneal dialysis –-a type of dialysis that uses the peritoneum in a person’s abdomen as a membrane through which fluid and dissolved substances are exchanged with the blood.

Hugh had been accepted on the waitlist for a kidney transplant from a deceased donor and became one of nearly 100,000 Americans waiting for a life-saving kidney. By the time we each wake up tomorrow morning, 13 of those patients will have died for lack of a donor.

Just the day before, the two men had been strangers. That day, in a bar in Louisiana, Mark Scotch knew what he wanted to do: give one of his kidneys to Hugh Smith. It was one of those extraordinary times in life when a decision is instantly clear. The fact that Hugh had not been known to Mark more than an hour earlier did not matter. It was the thing to do. By mid-August, 2020, Mark and Hugh had both gone through extensive medical testing and screening.

Through the National Kidney Registry Voucher Program Mark became a “voucher donor” where he would be matched with a recipient somewhere in the country. Once the kidney donation was complete, Mark could also name Hugh as the person he wanted to benefit, which would give the former jockey higher priority on the National Kidney Registry transplant list.

By using the voucher program through the National Kidney Registry, Mark being a match with Hugh wasn’t necessary. It also allows donors and recipients to complete transplants with the highest degree of compatibility, thereby greatly reducing the chances of rejection.

Says Mark: “The voucher system allowed me do everything at my local hospital in Madison, Wisconsin while Hugh went to his local hospital in Jackson, Mississippi, and was given higher priority on the transplant list.”

In September 2020, Mark Scotch was matched with a compatible individual in New York and successfully donated his kidney. In February 2021, Hugh Smith received his much-needed kidney from Southern California. Both men are healthy and have resumed normal lifestyles.

Mark Scotch is only beginning to tell his side of the story along the Organ Trail.  Proving to the world that the donation of a kidney will not slow him, he continues on the Trail and biking thousands of grueling miles to showcase this super power- one we all have inside of us.

We invite you to learn more about the importance of kidney donation and with that knowledge become an advocate by helping inform the general public. The National Kidney Donation Organization is a great place to start.

We invite you to consider kidney donation yourself.

With 3,000 new patients added monthly to the kidney waiting list, and 13 people dying every day because of a shortage of kidneys, Mark Scotch, the cyclist-turned-kidney donor plans to continue raising awareness about living kidney donation through The Organ Trail.